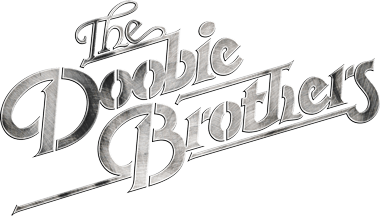 Modeled roughly on the three-guitar, three-part vocal harmony sound of the San Francisco band Moby Grape, The Doobie Brothers were founded in San Jose, California in 1970. The blending of the folk-style finger-picking of Pat Simmons with the rough-hewn rock licks of Tom Johnston, whose soulful lead vocals gave the band its initial distinctive sound, helped to define what would become known as the California sound of the 70s.

The band's self-titled 1971 debut album, "The Doobie Brothers", yielded no hit singles, but the subsequent "Toulouse Street" of 1972 burst out with Johnston's "Listen To The Music" (#11) and "Jesus Is Just Alright" (#35) in the last three months of the year. The third album, "The Captain and Me" (1973) established the Doobies as concert headliners on the strength of the hits "Long Train Runnin'" (#8) and "China Grove" (#15) (both penned by Johnston).

The fourth album, "What Were Once Vices Are Now Habits" (1974), included "Black Water," the band's first #1 record which eventually sold more than 2 million copies, and was the first hit to feature Simmons as lead vocalist (he also wrote the song). By 1975, with the release of "Stampede", which included the remake of the Motown classic "Take Me In Your Arms (Rock Me A Little While)" (#11) and the addition of former Steely Dan guitarist Jeff "Skunk" Baxter, The Doobies had become one of the most popular rock bands in the country.

That same year, when illness forced Johnston out of The Doobies line-up, Baxter suggested another Steely Dan alumnus to fill his spot, and Michael McDonald was drafted. His presence was felt immediately as The Doobie Brothers scored a platinum million-selling album in 1976, propelled by the title-tune single "Takin' It To The Streets" (#13) written by McDonald. In the summer of the year, the band backed up Carly Simon on her version of the McDonald composition, "It Keeps You Runnin'," which hit #46 on the chart. Ironically, the Doobies' own version of the song released five months later did even better for them, hitting #37.

Johnston returned briefly to help record the next album, "Livin' On the Fault Line" (1977), but for all intents and purposes McDonald had taken over the lead vocal chair, launching a second golden era of hits for The Doobie Brothers. "What A Fool Believes," a song McDonald wrote with Kenny Loggins, gave the band its second #1 hit. It was included on "Minute By Minute" LP (1979), whose title tune notched up another hit (#14), followed in turn by "Dependin' On You" (#25). In September, the Doobies appeared alongside Bruce Springsteen, Jackson Browne and others at the all-star MUSE (Musicians United for Safe Energy) Concert, and were prominently featured in the "NO Nukes" concert film released the following year

1979 found Baxter also leaving the Doobies, to be replaced by steel guitarist John McFee, a veteran of Clover, the Marin County country-rockers who not only backed up Elvis Costello on his debut album (before the Attractions were formed), but also nurtured the early career of singer-songwriter Huey Lewis.

1980 began with The Doobie Brothers nailing three Grammy awards for "What A Fool Believes" (Record of the Year, Song of the Year, Best Vocal Arrangement) and a fourth Grammy going to "Minute By Minute" (Best Pop Vocal Performance, Duo/Group). The year ended with a new album, "One Step Closer", and another pair of hits, "Real Love" (#5) and the title tune "One Step Closer" (#24).

The Doobie Brothers had now become little more than Michael McDonald's back up band. The group embarked on their final tour in 1982, highlights of which were released the following year on the double-LP set, "Farewell Tour", which included Johnston's guest appearance with the band at U.C. Berkeley's Greek Theater. The musicians then went their separate ways, with Johnston, Simmons and McDonald all releasing successful solo albums. The band would reconvene once a year for a traditional concert at the Lucille Salter Packard Children's Hospital at Stanford University in Palo Alto, not far from their hometown of San Jose.

Years passed, until twelve alumni of the Doobies (including Johnston and Simmons but without McDonald) reformed for an 11-city tour that raised more than $1 million for a variety of charities, including a fundraiser at the Hollywood Bowl for the Vietnam Veterans Aid Foundation that was the second quickest sell-out in the venue's history, second only to the Beatles. The tour culminated on July 4th in Moscow, at a peace concert featuring Soviet and American rock bands.

The tour re-ignited interest in The Doobie Brothers both from the audience's viewpoint and the musicians themselves and the band finally returned to the recording studio for Capitol Records. The resulting album, "Cycles" (1989), included a major new hit, "The Doctor" (#9), a chugging, driving song that returned the signature sound of the early Doobies to the radio. A second album called "Brotherhood" was subsequently issued by the reunited band in 1991.

All 12 past and present members of The Doobie Brothers came together in October 1992, for two shows to raise money for a trust fund for the children of the band's percussionist Bobby LaKind, diagnosed with terminal cancer. He died on Christmas Eve that year.

With over two decades worth of great music to feed their hungry fans, the five core members Johnston, Simmons, McFee, drummer Mike Hossack and drummer/vocalist Keith Knudsen, continued to rock, playing 47 dates with Foreigner in the summer of 1994 alone. This included tours of Europe, Australia and New Zealand.

As they entered their second quarter century together, The Doobies Brothers continued the musicianship and showmanship that made them into one of the most popular American rock bands of all time. They continued to play about 90 shows a year and in October of 2000, released a new album called "Sibling Rivalry".

As of late 2001, Michael McDonald had retired from the Rock scene and settled in Franklin, Tennessee, just outside Nashville. Having parted company with Warner Brothers in 1994 when his record sales started to fall, he released his music on his own Ramp Records, before signing with MCA to fulfill his lifetime ambition of recording Gospel Music.

Drummer Keith Knudsen died in 2005 of cancer and chronic pneumonia. Former Vertical Horizon drummer Ed Toth was selected to fill Knudsen's drum seat as the band soldiered on. The group continued to tour heavily and remained a popular concert draw and once again shared the stage with "special guest" Michael McDonald in 2006.

It had been ten years since The Doobies had released an album before September 28th, 2010 brought "World Gone Crazy", which saw the band reunited with '70s producer Ted Templeman, who helmed the group's first ten albums, including "Toulouse Street", "The Captain and Me", "Takin' It to the Streets" and "Minute By Minute". A newly re-recorded version of "Nobody", originally released on the Doobie Brothers' first self-titled studio album in 1971, was tabbed to be the first single issued from the new LP. The songs on "World Gone Crazy" all feature Johnston and Simmons as writers and lead vocalists. The album debuted at number 39 on the Billboard Hot 200 albums chart, their highest charting position since 1989.

The Doobie Brothers 2012 touring schedule had them playing shows across America. On November 13th of that year, the band released "Let the Music Play: The Story of The Doobie Brothers", a documentary of the band's history from their early days to the present. They continued to appear at shows and concerts across The United States in 2013 and in early March, 2014, announced an upcoming Country flavored album with guest stars Brad Paisley, Chris Young, Zac Brown Band, Toby Keith and Sara Evans. In November, 2014, the band released "Southbound", which featured returning member Michael McDonald on Country re-workings of their hits such as "Listen to the Music", "Black Water" and "Long Train Runnin'".

In late January, 2015, the Music Business Association announced that at their annual convention the following May, The Doobie Brothers would be presented with the organization's Chairman Award, which recognizes artists who have achieved significant and sustained success in their career. The group then set out on a run of summer tour dates that included shows with Gregg Allman and the Steve Miller Band. Michael McDonald, meanwhile, embarked on a series of solo dates that would run until Christmas, following his co-headlining tour with Toto. In August of that year, the band was joined by McDonald on The Tonight Show, where they performed a medley of "Long Train Runnin'" and "Takin' It to the Streets".

In December, 2015, The Doobies announced that keyboard player and Little Feat co-founder Bill Payne would join them as an official member of their touring band. They were slated to hit the road again in May, 2016, playing a handful of individual shows before that.

The Doobie Brothers have released a total of 17 albums, earning 13 RIAA Gold and 11 multi-Platinum sales awards and have performed around the world for more than 35 million fans. 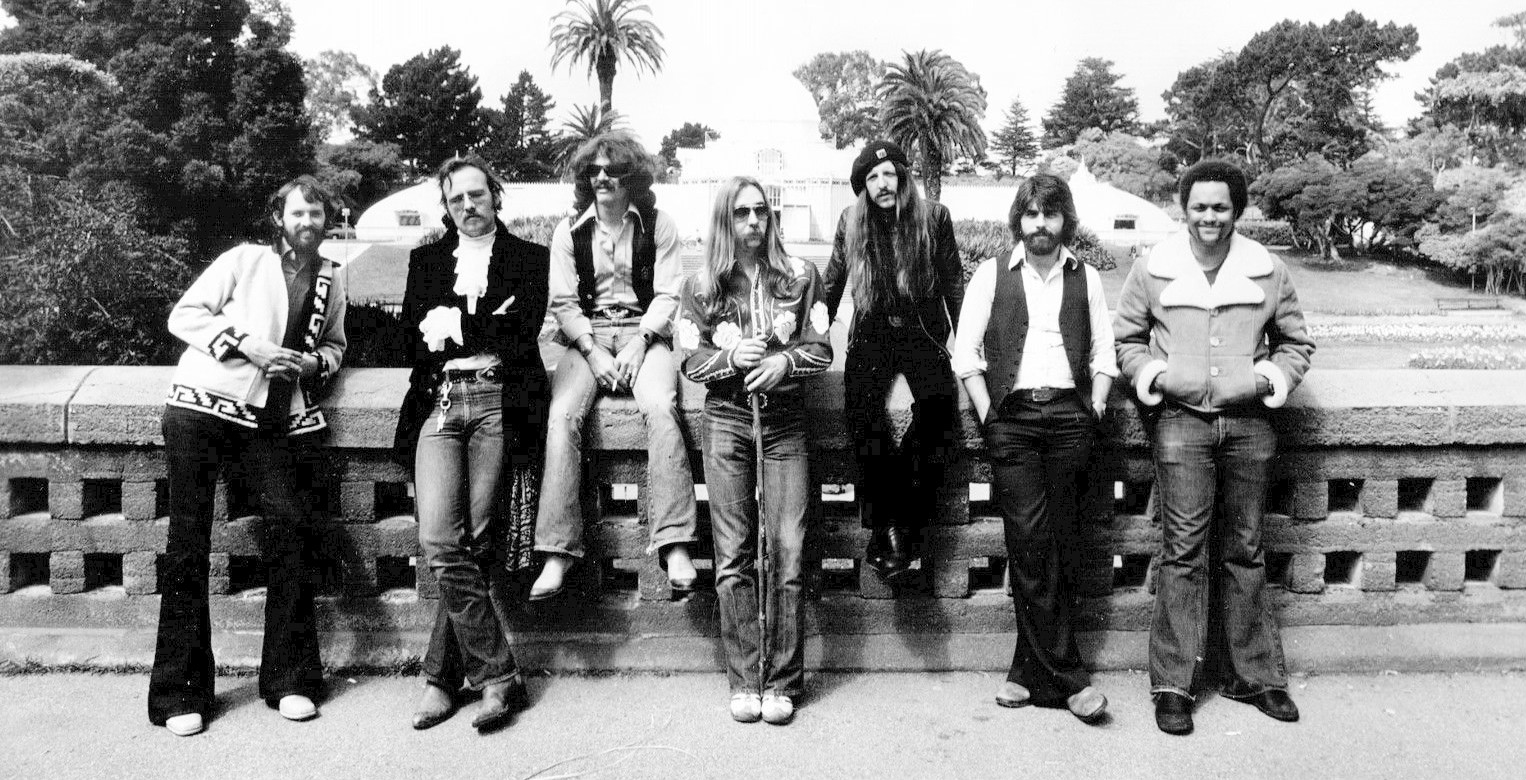