Before evolving into The Electric Prunes, a group of teenagers from Taft High School in Los Angeles started out as The Sanctions and then Jim and The Lords in the mid 1960s. Various members came and went and the band even managed to record an unreleased session of rock standards.

Guitarist James Lowe, bassist Mark Tulin, lead guitarist Ken Williams and drummer Michael Weakley were practicing in a garage one day when a real estate agent named Barbara Harris heard them. She approached the band and said that she knew someone in the record business and that she could introduce them to him. That someone turned out to be Dave Hassinger, the resident engineer at RCA studios, who had helped record many of the Rolling Stones' albums.

Hassinger sent them over to Leon Russell's house to record some demos. Russell had installed recording facilities in his house called Sky Hill Studios. From the demos recorded at Russell's house, came the first Electric Prunes single - a cover version of the Gypsy Trips's song 'Ain't It Hard', backed with a Lowe penned song called 'Little Olive'. The single was a total flop, but luckily, the brass at Warner / Reprise Records liked what they heard and gave the band a second chance. It was about this time that Preston Ritter replaced Michael Weakley on drums and James Spagnola was added on rhythm guitar.

Convinced that the band couldn't write their own songs, Hassinger brought in some material by professional songwriters Annette Tucker and Nancie Mantz. One of those tunes was “I Had Too Much to Dream Last Night”, a song that was originally conceived as a slow piano ballad (and covered by crooner Jerry Vale, no less!). By the time the Prunes got through with it, though, “I Had Too Much to Dream” was a three-minute, echo-drenched fantasia, jam-packed with shimmering guitars, fuzz leads, and Lowe's eerie double-tracked vocal. The single was released in November 1966. At first it was caught up in the Christmas rush, but made steady progress up the U.S. charts and finally peaked at number 11 in early 1967. It also reached number 49 in the U.K. charts.

For their second album, called 'Underground', Dave Hassinger allowed the band more artistic freedom and a greater say in the choice of songs. The team of Tucker / Mantz were restricted to only three tunes. During the recording session, drummer Preston Ritter quit over musical differences and Michael Weakley re-joined to finish the LP. James Spagnola was forced to leave the band due to medical reasons and was replaced by Mike Gannon, who joined in time to record two songs.

When the album was completed, the band continued to play across the US in the latter half of '67 as well as heading out on a 16 date British tour. Their return to the States saw the release of the single 'Everybody Knows You're Not In Love'. This single was "a chunk of pure Prune pop" which suggested that they were about to enter a new phase of tough, high energy rock; but it was not to be. There appeared to be an abrupt shift in the Electric Prunes musical direction with the release of the album, 'Mass in F Minor' , in January 1968. This was a concept rock opera mixing Gregorian music and psychedelic pop with vocals in Latin. The opening track of the 'Mass in F Minor' LP - 'Kyrie Eleison' - is widely known and backed the acid trip scene in the movie 'Easy Rider' (1969). Electric Prunes songs were also included in several other films of the late sixties, such as 'The Name of the Game Is Kill' (1968). Promotion of the album led the band to even appearing on the Pat Boone Show, where they did a lip sync performance of 'Kyrie Eleison'.

The 'Mass in F Minor' LP seemed to mark the beginning of the end for the original Electric Prunes. The band started to go in a totally different direction to what it originally been set out to do. James Lowe left the band in the middle of a tour of Texas. The band continued for about two months after he left. Both Mike Gannon and newcomer Joe Dooley also quit, leaving just Mark Tulin and Ken Williams as the original band members. A session drummer named John Raines joined the band along with pianist Jeromy Stuart. Jeromy in turn invited a talented musician he knew to join the band - Kenny Loggins, who later found fame with Jim Messina as Loggins and Messina and for recording the soundtracks to the 80s films 'Footloose' and 'Top Gun'. This line-up undertook one tour. According to Mark Tulin, this was "possibly the worst tour of all time". They played none of the old Prunes songs but all new songs written either by Loggins or Stuart. None of the material was ever recorded by this line-up of The Electric Prunes. The tour marked the end of the band and all the recognisable Prunes quit at the same time in mid 1968.

Dave Hassinger owned the name of the Electric Prunes and encouraged by the success of the 'Mass in F Minor' LP, a similar follow-up was promptly arranged. The new LP was released in November 1968, titled 'Release of an Oath - The Nol Nidre'. This album was even more anonymous than its predecessor - no personnel, no photographs - only the same engraving of the group that had been tucked away on the first album. It has always been assumed that some of the session musicians on the 'Mass' LP became the New Electric Prunes.

Even the band's label - Reprise - were confused with the band's line-up and image at this time. It appears they were still trying to cash in on the popularity of the early 45s, as the release of the single 'Hey Mr President' single shows. The original members are shown on the cover of this 1969 single, but they had all departed by mid 1968. The confusion regarding the band's line-up was further enhanced by Reprise, who in Europe were releasing Electric Prunes singles with the new line-up of Richard Whetstone, Ron Morgan, Brett Wade and Mark Kincaid. June 1969 saw the release of a final Electric Prunes album, 'Just Good Old Rock and Roll'. By early 1970, with record buyers and concert goers no longer interested, the band members went their separate ways.

A new chapter in the Electric Prunes biography opened in 1999 when James Lowe, Mark Tulin and Ken Williams got back in the recording studio for the first time in over 30 years! James and Mark had been friends for a while and when Ken found their web site, he made contact with them. This inspired the three original members to meet up, arrange to record some new material and produce a band documentary.

The trio had started recording some tracks during the summer of 1999 when they invited Michael Weakley, now known as Michael Fortune, to the studio for the sessions. It marked the first time in over 30 years that the original Electric Prunes had been in a recording studio together.

June 2000 saw the release of a new Electric Prunes album on the Heartbeat Label from Bristol, England. Original straight to disc recordings of the Electric Prunes, when they were just forming as The Sanctions and Jim and The Lords in 1965, were found hidden away and unplayed for over 35 years. Simon Edwards, owner of Heartbeat Productions, was left with the task to trying to salvage the recordings on the acetates. The successful clean-up operation produced a commercially released album on vinyl record and CD - 'Then Came The Electric Prunes'.

Following on from the success of the 'Lost Dreams' compilation LP, the original members of the Electric Prunes announced in May 2001 that they were going to play a live set at the Voxfest III festival held annually in Riverside, California in June, 2001. Interest in this concert was at fever-pitch since it was the first gig to be played by the original members since the band split up way back in 1968. From the reviews of Voxfest III, it looked as if the band had never been away and the demand for future concerts is gathered momentum. So much so that the band announced in August 2001 that they were to headline the Cavestomp 2001, festival held in New York City in November 2001. In 2002, they released a new recording titled "Artifact" and a DVD album called "Rewired". After 30 years apart, the Prunes were ready to face the light once more.

In 2007, the trio of Lowe, Tulin and Williams released a new CD entitled "Feedback", which went largely un-noticed, but was well received by die-hard fans and critics.

Tragedy struck The Electric Prunes on February 26th, 2011, when founding member Mark Tulin collapsed while volunteering at the Avalon Underwater Clean-Up in Avalon, California. Medics responded immediately, but the 62-year-old musician could not be revived. Since Mark's sudden passing, there have been no public activities by the band. 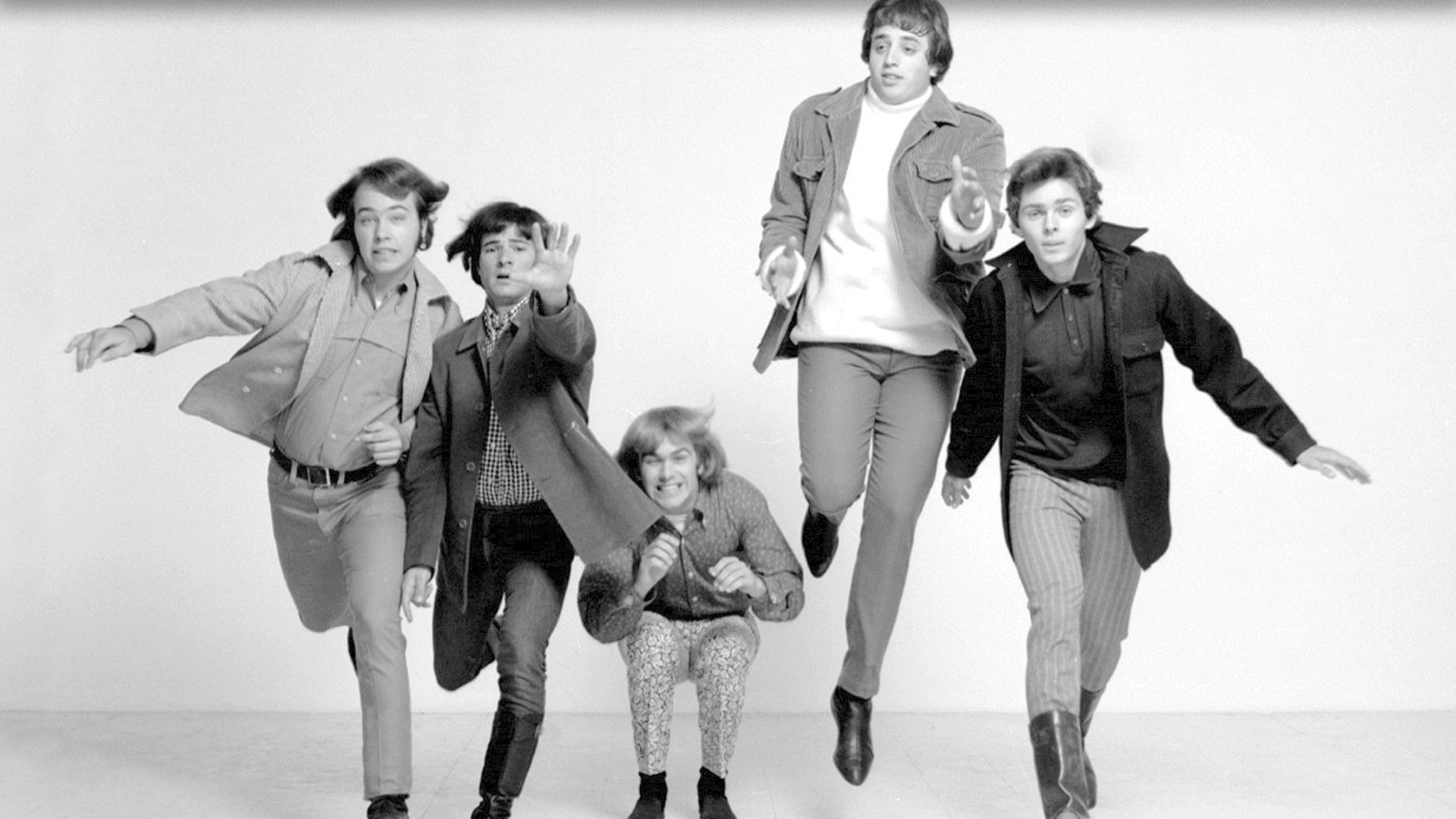