"Jazz and classically-influenced free form music with instrumentation aligned more to an orchestra than a rock band." That was the idea when Roy Wood, Jeff Lynne and Beverly Bevan of the British band, "the Move", formed Electric Light Orchestra (ELO) in 1971.

The ensemble was years in the making, with Roy Wood planning and gathering members to join. When ELO first debuted in 1972 at the Greyhound pub in Croydon, Surrey in England, they were not well received. The public had never seen a rock band that included cellos, violins and a French horn.

Despite their lofty ambitions, the group still showed traces of "The Move", with Lynne's grasp of melody much in evidence, particularly on the startling '10538 Overture', a UK Top 10 single in 1972. Their self-titled album was renamed in the U.S. as "No Answer" but only reached #196 on the album charts.

Over the years, the band would have a number of personnel changes, but Lynne and Bevan remained throughout. Steve Woolam departed first, and the remaining quartet added Hugh McDowell and Andy Craig on cellos, keyboard player Richard Tandy and Wilf Gibson on violin for a series of indifferent live appearances, following which Wood took Hunt and McDowell to form "Wizzard". When Andy Craig dropped out, the remaining quartet maintained the ELO name with the addition of Mike D'Albuquerque to handle bass and vocals and cellists Mike Edwards and Colin Walker.

In 1973, the band released a quasi-classical version of Chuck Berry's "Roll Over Beethoven," which reached #42 on the U.S. singles charts. Slowly, the band began to attract more and more listeners to its classical style rock. In 1974, "Eldorado", containing the hit single, "Can't Get It Out Of My Head," was released and reached #16 on the U.S. album charts.

In 1975, bassist and vocalist Kelly Groucutt joined, and the album "Face The Music" was released, from which the major singles were "Evil Woman" and "Strange Magic", marking a shift to a more radio friendly sound. From the same album, the instrumental "Fire on High", with its mix of strings and blazing acoustic guitars, saw heavy exposure as background music on ABC's Wide World of Sports montages, though most viewers had no idea of the song's origins.

The Electric Light Orchestra became a star attraction on America's lucrative stadium circuit and achieved considerable commercial success with "A New World Record", "Out Of The Blue" and "Discovery". Lynne's compositions successfully steered the line between pop and rock, inspiring commentators to compare his group with the Beatles. Between 1976 and 1981, ELO scored an unbroken run of 15 UK Top 20 singles, including 'Livin' Thing' (1976), 'Telephone Line' (1977), 'Mr. Blue Sky' (1978), 'Don't Bring Me Down' (1979) and 'Xanadu', a chart-topping collaboration with Olivia Newton-John, taken from the film of the same name.

Despite their chart success, recurrent legal and distribution problems conspired to undermine ELO's momentum. "Time" and "Secret Messages" lacked the verve of earlier work and the group's future was put in doubt by a lack of quality releases and Lynne's growing disenchantment. The guitarist's pursuit of a solo career signalled a final split.

During the 1980s and early '90s, Jeff Lynne has made a name for himself as a producer, helping artists such as Brian Wilson and Tom Petty. A long time Beatles fan, Lynne produced George Harrison's 1987 "Cloud Nine". He and Harrison later joined Bob Dylan, Tom Petty, and Roy Orbison to form the Traveling Wilburys. In 1994 and 1995, Lynne helped produce the Beatles' singles "Free As A Bird" and "Real Love."

Jeff Lynn and Bev Bevan each owned 50% of the name 'ELO' and when Bevan emerged with a new band in 1991, he had to use the name ELO 2. Although the group didn't have any recording success, they continued to tour and rehash the oldies until 2001, when Bevan left and Lynn gained 100% control of the ELO name. The remaining members of ELO 2 were then forced into another name change, opting for 'Orchestra'.

To Lynne's surprise, interest in The Electric Light Orchestra had fallen and they were forced to cancel their first U.S. tour in more than fifteen years, as the band failed to sell enough tickets to fill the arena-sized venues. The group planned a tour behind their summer release, "Zoom", the first ELO recording with Lynne since 1986's 'Balance of Power'. The hiatus seemed to build disinterest rather than nostalgic fascination, as "Zoom" was met with a lukewarm reception, selling under 20,000 units in its first week, to debut at Number Ninety-four on the charts. Two weeks later it exited the Top 200.

ELO weren't without 2001 performances though, as the band recorded an episode of Storytellers for VH1 and a special for PBS. In April, 2003, Legacy Records released a digitally remastered collection of ELO's Greatest Hits and in the Summer of 2005, yet another greatest hits collection called "All Over The World" hit store shelves.

Although there has been no new ELO projects, most of their core studio albums have now been re-mastered and expanded with bonus tracks. The essential collection called "Playlist: The Very Best of Electric Light Orchestra" was released on September 2nd, 2008.

On August 9th, 2010, Eagle Rock Entertainment released "Live – The Early Years" in the UK as a DVD compilation that includes "Fusion – Live In London" (from 1976) along with un-released live performances at Brunel University (1973) and a German TV show Rockpalast (1974). It was released in America on August 24th, 2010.

In mid-June, 2014, Jeff Lynne announced that he and ELO would headline BBC Radio 2 Live in Hyde Park on September 14, the public broadcaster's annual concert. In a statement to the press, Lynne said: "I haven't performed live in quite some time, and I know the fans have asked for it a lot over the years. It's very exciting to come to Hyde Park with Radio 2 and do something this big, and I'm very much looking forward to playing my ELO songs for everyone."

On September 23, 2015, Columbia Records announced the release of "Alone In The Universe", the first new ELO album in fifteen years. In November, Jeff Lynne and company played their first date in the US in over thirty years at New York's tiny Irving Plaza. The show, which reportedly sold out in mere seconds, was an overwhelming success.

Over their career, ELO collected 19 CRIA, 21 RIAA and 38 BPI awards and sold over 50 million records worldwide during their active period of recording and touring. 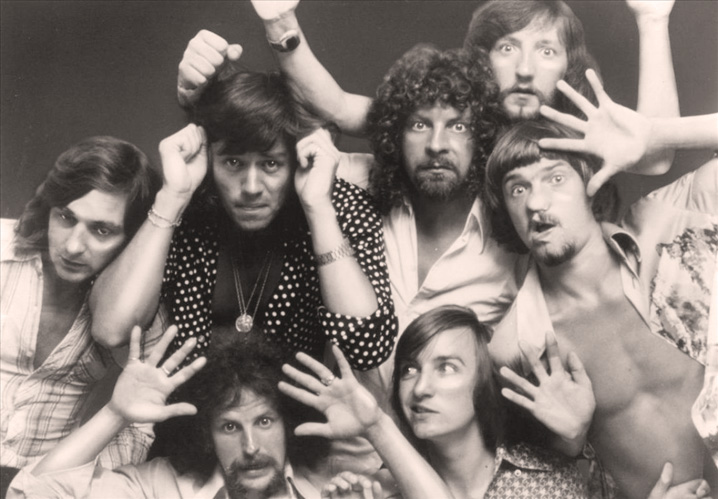