The seeds of KC & The Sunshine Band were planted when two South Florida boys, Harry Wayne Casey and Richard Finch met while working at the attic studio of T.K. Records, above the warehouse of Tones Distributors. Rick had worked his way up to assisting producers, while Harry's duties included processing returns and boxing up records, and sometimes playing keyboards in recording sessions.

It was Casey’s idea for him and Finch to pool their skills. "Everybody else had a team together already", says Rick. "He found out I played bass and drums, and I found out he played keyboards, and when the studio was empty in the evenings, we would go up there and find out what kind of music would happen. A lot of people would throw tape away because they couldn’t figure out how to make the machine erase properly, Rick recalls. It was expensive, so I would take it out of the trash can, wind it up on the reel, clean it up, and use that for recording".

Not only were the boys thrifty, but, thanks to the sessions they had already played in the studio, they were also fast. It didn’t take much experimenting for the two to get their own eclectic sound together. KC & The Sunshine Band released two singles from their first album, "Do It Good" and hit the R&B charts when "Blow Your Whistle" went to #27 in the fall of ’73 and "Sound Your Funky Horn" made it to #21 in early ’74.

The first real sign that the Casey/Finch sound was really clicking came in September of 1974, when "Queen Of Clubs" reached the U.K. Top 10, and the Sunshine Band was in demand for live gigs all around the country. This was good news, of course. But the best news was yet to come courtesy of one George McCrae and a song he wrote called "Rock Your Baby".

As studio musicians, Casey and Finch recorded the rhythm track in just 45 minutes, with just one additional player, Jerome Smith, on guitar. Company brass, Henry Stone and Steve Alaimo felt the song had potential and offered it to Gwen McCrae, who passed on it. Then, George McCrae, who happened into the studio, heard the instrumental and in a mere two takes, put down his own vocals. The song was released, and George McCrae had a number one hit on his hands.

With a #1 pop and R&B hit in the summer of ’74, Casey and Rick hit their stride, and they stepped up their writing and production for other T.K. artists. Not only did they co-write with Betty Wright her Grammy®-winning "Where Is The Love", but they also produced Gwen McCrae’s fiercely churning "Move Me Baby" and Jimmy 'Bo' Horne’s, "Gimme Some".

Every day, Rick, Harry, Jerome and drummer Robert Johnson would do a new track. The four would work out the changes and keep going over the song until they felt it flowed enough to turn the ‘record’ light on. One particular night was magic, when they came up with "Get Down Tonight". Casey experienced a strange feeling of euphoria as they played back the track over and over. He realized, once again, that they’d caught lightning in a bottle. The song shared the pumping yet trancelike quality of "Rock Your Baby", while adding festive horns and female vocals. It was, quite simply, one of the happiest-sounding, most satisfying party records anyone had ever made.

In the wake of the #1 smash that was "Get Down Tonight", the band members’ pace of life picked up considerably, when their follow up, "That’s The Way (I Like It)" climbed to the top of the charts a mere six months later.

Casey was petrified at the outset of touring, because he hadn’t ever played keyboards and sung at the same time onstage. But he was a natural performer. In fact, The New York Times compared his stage presence to Elvis Presley’s, and he told Billboard magazine that he took a cue from Diana Ross in never losing his composure or his happy face. Casey’s nearly black vocal delivery and good looks, along with the high-voltage stage energy of the entire band, more than satisfied fans of the records. At their busiest, the group toured six to nine months a year, with up to 11 members onstage, representing the multiracial face of America.

Casey had always wanted to do an instrumental album, and in September of ’75, taking advantage of their newfound success, he fulfilled his dream when the band released "The Sound Of Sunshine", which featured the midcharting "Shotgun Shuffle". The collection also re-fashioned previous hits, with an instrumental version of "Rock Your Baby" and "Sound Your Funky Horn", redone as "Funky ’75".

The band was riding high on the disco craze of the mid 70's when they released "Part 3", an album that contained a year’s worth of smashes, including three chart-toppers: "Shake Your Booty" and "I’m Your Boogie Man", in 1975 and "Keep It Comin’ Love", in 1976.

At the end of the decade, when disco was dead, many thought the end had also come for K.C. and The Sunshine Band, but the group returned with a soft ballad, "Please Don't Go", in 1979. Not only did they reverse the bubblegum trend, but song was also a transatlantic smash. That same year, KC duetted with Teri DeSario on the US number 2 hit "Yes, I'm Ready", on the Casablanca label.

KC & The Sunshine Band finally left T.K. Records, which Casey recalls as being pre-occupied with breaking new acts and not focusing on the Sunshine Band, and signed with Epic Records. In 1981 they released "The Painter" and in 1982, "All In A Night’s Work". Neither sold well.

On January 15, 1982, serious misfortune struck: Casey was injured in a head-on collision just a few blocks from his Hialeah home, resulting in a concussion and a pinched nerve. Always a fighter, Casey underwent a nine-month rehabilitation and made a full recovery. Less than a year later, he was back. "You Said You’d Gimme Some More", from "Night’s Work", had already been released as a single, and Europeans, who’d been huge fans of KC & The Sunshine Band from the get-go, once again put their hands in the air when Epic’s Irish division picked "Give It Up" as another single from the album. This led to its release in the U.K. and its ascension to the top of the charts in August of ’83. Incredibly, the company’s Stateside office refused to release the single nationally; as a result, Casey formed his own company and distributed the song at the end of the year as a solo single, at which time, it climbed all the way to #18 on the pop chart.

Sadly, that same year, drummer Robert Johnson died of cancer at the age of 30.

Harry Casey retired in 1985, but the music was never out of mind. Aside from recurrent oldies radio play, Sunshine Band songs popped up in commercials for General Motors, Burger King, Amoco, Discover, and Denny’s, among others. Their work also appeared in a number of movies, from Forrest Gump to Space Jam, Boogie Nights to The Nutty Professor. Hip-hop samplers and techno heads re-looped these songs repeatedly into semi-new creations.

In 1991, Casey finally returned to the stage and started touring with a new entourage. He performed a Greatest-Hits medley at the 1999 Super Bowl and continued to tour into the new century.

Former Sunshine Band rhythm guitarist Jerome Smith was killed in a freak construction accident in West Palm Beach, Florida on August 10th, 2000. The 47 year-old Smith, who was working in the building and construction trades as a heavy-equipment operator, fell off a bulldozer he was driving and was crushed by the machine.

The year 2006 saw K.C. And The Sunshime Band still touring. Casey and the band sang "Get Down Tonight" on American Idol on April 22nd, 2009 and still had a heavy touring schedule across America in 2012. Harry Casey was honored with the prestigious Outstanding Achievement Award from the Autozone Liberty Bowl on December 31st, 2011.

In February, 2013, K.C. And The Sunshine Band celebrated their 40th Anniversary by announcing a new two disc album as well as a new single, "I Can't Get You Out of My Mind", set for a Spring release. Casey was quoted as saying "I'm ready to do it all again. Who knows what God has in store for me."

For more, be sure to read WSHE Radio Interview with Harry Casey 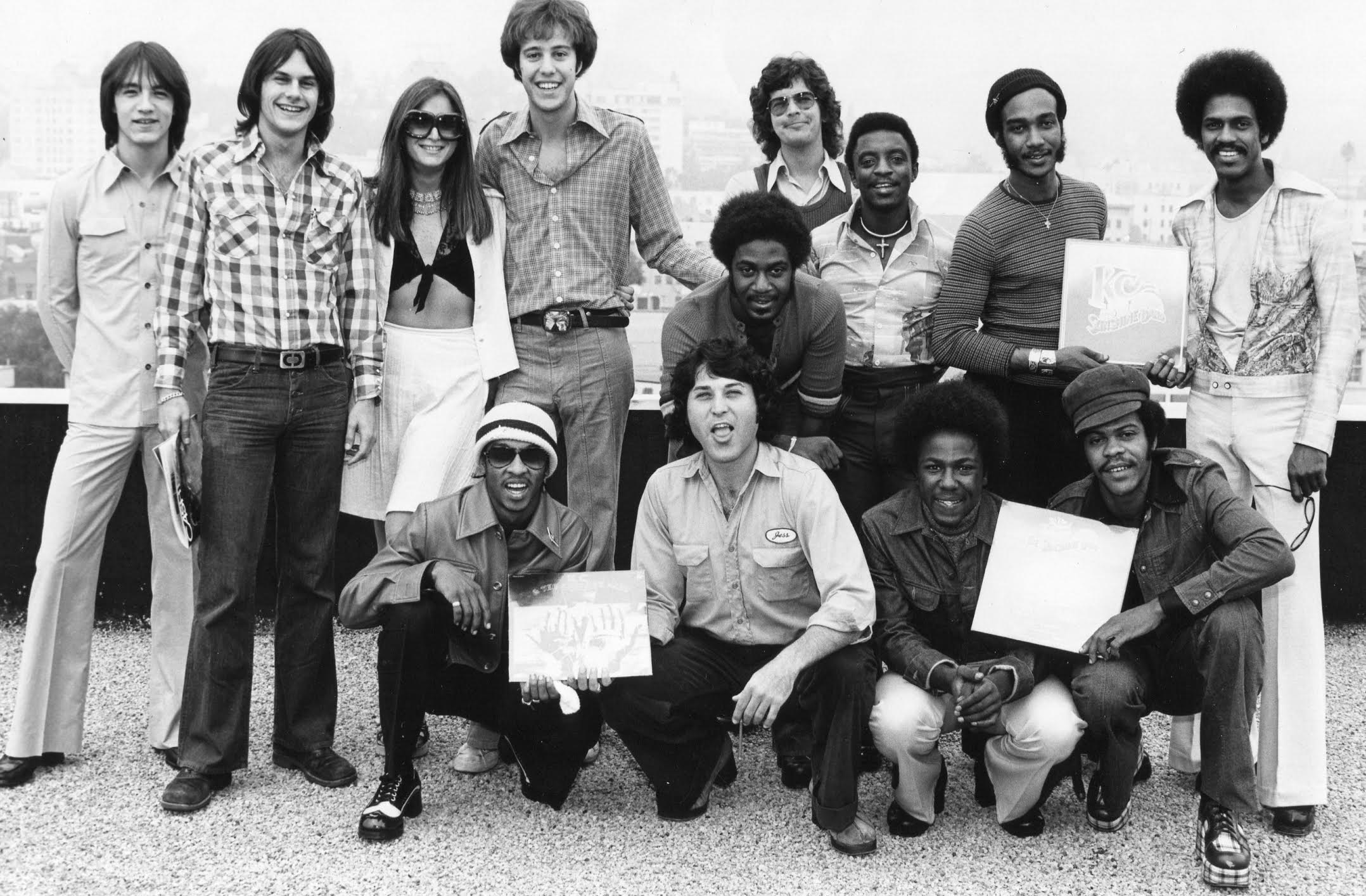