Manfred Lubowitz was born into a wealthy family on October 21st, 1940, in Johannesburg, South Africa. As a child, he studied piano and while in his teens, his love of music dominated his every thought, and he realised that he wanted to play jazz and blues for a living. To do this, he ultimately had to leave South Africa for England, where he invented a new stage name, Manfred Manne (the last name borrowed from Shelly Manne), later, dropping the 'e' to just Manfred Mann.

He also found a friend and collaborator in one Mike Hugg, a drummer with whom he formed a band they called 'the Mann-Hugg Blues Brothers'. The line-up was completed by Paul Jones on harmonica/vocals, Mike Vickers on flute/guitar/saxophone and Tom McGuinness on bass. As time went on, against Manfred's wishes, the band took the name of its leader and became known as simply 'Manfred Mann'.

After being signed by a talent-hungry HMV Records and following one unsuccessful instrumental record, Manfred Mann made an impression with the catchy "Cock-A-Hoop". The prominent use of Jones' harmonica gave them a distinct sound and they soon became one of Britain's leading groups. Two of their singles were used as the theme music to the pioneering British television music program, 'Ready Steady Go'. Another early release called, "5-4-3-2-1" provided their breakthrough Top 10 hit in early 1964. By the summer, the group registered their first UK number one record, with the catchy "Do Wah Diddy Diddy".

Over the next two years, they charted regularly with memorable hits such as "Sha La La", "Come Tomorrow", "Oh No, Not My Baby" and Bob Dylan's "If You Got To Go, Go Now". Their non-single album cuts were mostly jazz, soul and R&B covers, not pop tunes. In May 1966, they returned to the number one spot on the British charts with the sublime "Pretty Flamingo". It was to prove the last major hit on which Jones appeared.

When Paul Jones left the band in 1966 to pursue a solo career, he was replaced with former 'Band of Angels' singer Mike D'Abo, who won the final audition over Rod Stewart. Mike Vickers had previously departed for a lucrative career as a television composer, and was replaced by future 'Cream' member, Jack Bruce on bass, allowing Tom McGuinness to move to lead guitar.

Later, Henry Lowther (trumpet) and Lyn Dobson (saxophone) were added to the line-up and Klaus Voorman replaced Jack Bruce on bass. D'Abo's debut with the group was another hit rendering of a Dylan song, "Just Like A Woman", their first for the Fontana label. He fitted in astonishingly well with the group, surprising many critics by maintaining their hit formula despite the departure of the charismatic Jones. Both "Semi-Detached Suburban Mr. Jones" and "Ha! Ha! Said The Clown" were formidable Top 5 hits in Britain, but went largely un-noticed in the U.S.

Along with America's 'Byrds', the group were generally regarded as the best interpreters of Dylan's material, a view endorsed by the songwriter himself. This point was punctuated in 1968 when the group registered their third Number One hit, with the striking reading of his "Mighty Quinn", their only U.S. Top 10 single. While follow ups could hardly make the national record charts in the States, they ended the 60s with a flurry of Top 10 hits in England, "My Name Is Jack", "Fox On The Run" and "Raggamuffin Man", before abdicating their pop crown in favour of a heavier approach.

In 1969 Manfred Mann finally disbanded his eponymous group for good. D'Abo went on to appear in U.S. productions of 'Jesus Christ Superstar' and 'Evita', and later became a session musician, songwriter and BBC radio host.

Meanwhile, Mann formed a new jazz-rock group called 'Manfred Mann Chapter Three'. The latter quickly evolved into 'Manfred Mann's Earth Band', a synth-driven rock 'n' roll band which scored a U.S. No. 1 hit in the 1970s with a cover of Bruce Springsteen's "Blinded by the Light," popularizing the then unknown singer-songwriter.

For many years, the majority of original band members performed regularly as 'the Manfreds', because without Manfred Mann, they could not use the original name. In his place, they recruited Benny Gallagher (bass/vocals) and ex-Family drummer Rob Townsend. Jones and D'Abo performed side by side sharing the spotlight, although Jones' ultimately more pushy personality made him the star of the show.

Mann himself continued to perform and embarked on a career as a producer and songwriter. He also released recordings designated as solo projects, usually under the title "Manfred Mann's Plain Music."

Eventually, Manfred Mann's Earth Band reunited and in 1996 their long awaited new album, "Soft Vengeance" was released. The group embarked on an extensive European tour that kept them on the road through the rest of 96 and most of 1997. From this tour, many of the concerts were recorded for the definitive live album "Mann Alive" which was released in 1998. The band continued to tour extensively throughout Europe, taking in countries such as Russia and Greece in 2000.

In 2009, vocalist Noel McCalla was replaced by Peter Cox, previously best known for his work with the English pop duo Go West. Cox left the band in 2011 to return to Go West. He was replaced by rock vocalist Robert Hart for a heavy 2012 touring schedule throughout Europe. 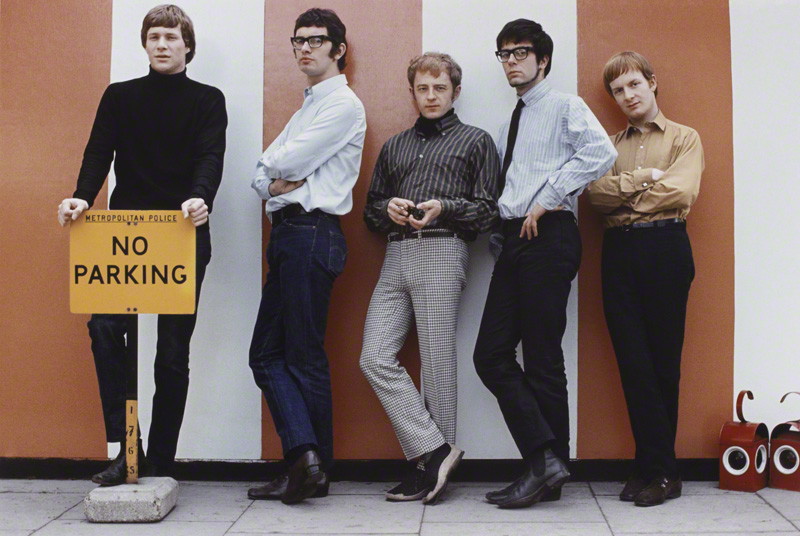