Although they're best known today for their lush, lyrically and musically profound psychedelic albums and singles, the Moody Blues started out as one of the better R&B based combos of the British Invasion.

Formed in Birmingham, England in May 1964 with Ray Thomas (vocals), Mike Pinder (keyboards/vocals), Denny Laine (guitar/vocals), Clint Warwick (bass/vocals) and Graeme Edge (drums), all were accomplished musicians with experience in local bands. The Moody Blues quickly earned the notice and later the services of manager Tony Secunda. A major tour was booked, and the band landed an engagement at the Marquee Club, which resulted in a contract with England's Decca Records less than six months after their formation. The group's first single, "Steal Your Heart Away," released in September of 1964, didn't reach the British charts.

Their second single "Go Now," released in November of 1964, fulfilled every expectation and more, reaching number one in England. In America, it peaked at number 10. After touring Britain with Chuck Berry, the Moody Blues traveled to the United States, supporting The Kinks. Finding a second hit was easier said than done. Despite their fledgling songwriting efforts and the access they had to American demos, this early version of the Moody Blues never came up with another single success.

By the end of the spring of 1965, the frustration was palpable within the band. The group decided to make their fourth single, "From The Bottom Of My Heart," an experiment with a different sound. Unfortunately, the effort only reached number 22 on the British charts following its release in May of 1965. Ultimately, the grind of touring coupled with the strains facing the group, became too much for Warwick, who exited in the spring of 1966, and by August of 1966, Laine had left as well. Warwick was replaced by John Lodge. His introduction to the band was followed in late 1966 by the addition of Justin Hayward.

The reconstituted Moody Blues set about keeping afloat financially, mostly playing in Europe, recording the occasional single. Their big break came from Deram Records, an offshoot of their Decca label, which in 1967 decided that it needed a long-playing record to promote its new "Deramic Stereo." The Moody Blues were picked for the proposed project, a rock version of Dvorak's New World Symphony, and immediately convinced the staff producer and the engineer to abandon the source material and permit the group to use a series of its own compositions that depicted an archetypal "day," from morning to night. Using the tracks laid down by the band, and orchestrated by conductor Peter Knight, the resulting album "Days of Future Passed" became a landmark in the band's history. The mix of rock and classical sounds was new, and at first puzzled the record company, but eventually the record was issued.

The album propelled the group to stardom. It stayed on the Billboard charts for over two years and marked a milestone in rock history as one of the very first concept albums, recorded not only with a symphony orchestra but also in stereo, both uncharted territory at that time. Thanks to the singles "Nights In White Satin" and "Tuesday Afternoon" the record went gold, reaching No. 3 in the charts.

Their 1968 follow-up, "In Search Of The Lost Chord" was equally successful, pioneering the use of the mellontron in pop music, a synth-like instrument which became a key part of their sound. By the time of 1969's "To Our Children's Children's Children", the group found themselves painted into something of a corner. Working in the studio with the process of overdubbing, they'd created albums that were essentially the work of 20 or 30 Moody Blues. Beginning with "A Question of Balance" (1970), the group made the decision to record albums that they could play in concert, reducing their reliance on overdubbing and toughening up their sound. The new, more stripped-down sound was even more popular with fans, and the album went to No. 1 in Britain and No. 3 in America. "Every Good Boy Deserves Favour", a 1972 album named after a music theory mnemonic, and 1973's "Seventh Sojourn" were even more popular, reaching No. 1 in the U.S. and U.K.

By then, the strain of touring and recording steadily for five years was beginning to take its toll, and following an extended international tour, the band decided to take a break from working together, which ultimately lasted five years. During this era, Hayward and Lodge recorded a very successful duet album, "Blue Jays" (1975), and all five members did solo albums. By 1977, however, the group members had made the decision to reunite, a process complicated by the fact that Pinder had moved to California during that period. Although all five participated in the resulting album, "Octave" (1978), there were stresses during its recording, and Pinder was ultimately unhappy enough with the LP to decline to tour with the band. The reunion tour was a success however, with Patrick Moraz brought in to replace Pinder on the keyboards, and the album topped the charts.

The group's follow-up record, "Long Distance Voyager" (1981), was even more popular, though by this time a rift was beginning to develop between the band and the critics. Although they continued to reach the middle levels of the charts, and even had hit singles in 1986 with "In Your Wildest Dreams" and "The Other Side Of Life", the Moody Blues were no longer anywhere near the cutting edge of music. By the end of the 1980s, they were perceived as just another nostalgia act, albeit one with a huge audience.

Moraz left the band in 1990, prior to the recording of "Keys Of The Kingdom", but the Moody Blues marched on into the 90s, with the comforting knowledge that they still had the ability to fill concert halls.

In 1994, a four-CD set called "Time Traveller" was released. In the spring of 1997, PolyGram released re-mastered and upgraded versions of all seven of the group's classic late 1960's/early 1970's albums, with dramatically improved sound and new notes featuring recollections by the group members. A new studio effort, "Strange Times" followed in 1999 and "Live at the Royal Albert Hall 2000" followed a year later.

The new millennium saw the Moody Blues cut back their tour schedule. Two years later, founding member Ray Thomas retired from the group, reducing the band to the trio of Hayward, Lodge, and Edge, the latter being the only original member remaining. Flautist and rhythm guitarist Norda Mullen was brought in early 2003 for their North America tour, and continued to work with the band. Toward the end of the year, they released a holiday album entitled "December". The songs included originals and four covers such as John Lennon's "Happy Xmas (War Is Over)", Mike Batt's "A Winter's Tale", "When A Child is Born" and even a version of Bing Crosby's "White Christmas".

In March 2006, the first five of the band's seven essential albums from "Days of Future Passed" to "Seventh Sojourn" were re-released. In April 2007, the final two of the set were re-issued by Universal /Threshold. On May 21st, 2007 the Moodies released a forty-one track, two-disc compilation of sessions recorded at BBC Studios, various television appearances and a performance from the Tom Jones show titled Live at the BBC: 1967-1970. In September 2008, Justin Hayward announced the release of re-mastered versions of "Octave", "Long Distance Voyager" and "The Present", on Universal Records.

The group continued to tour America, Canada and the UK in 2009 and 2010, with the band adding keyboardist Alan Hewitt in 2010. 2012 was filled with shows scheduled across the United States, wrapping up on December 15th. In early December, singer-guitarist Justin Hayward announced plans for a 14 song, solo album to be released in 2013. The Moodys' plans for the Spring of 2016 included a month-long series of dates across the US. 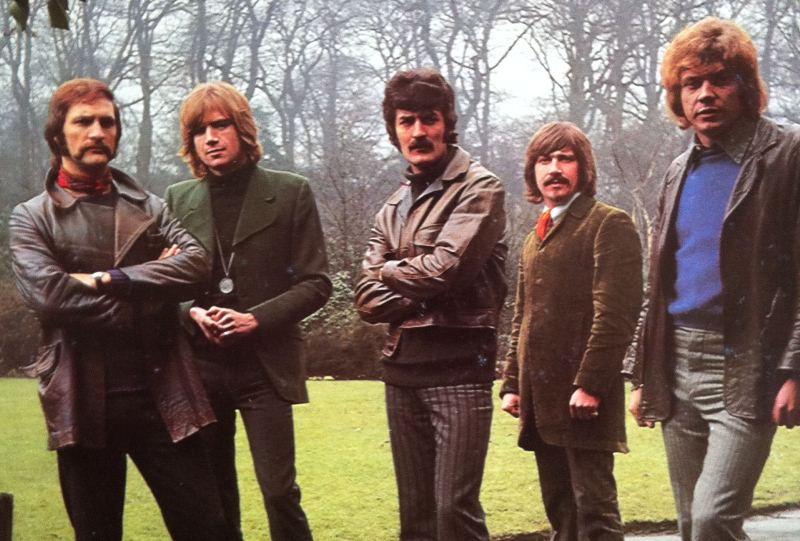