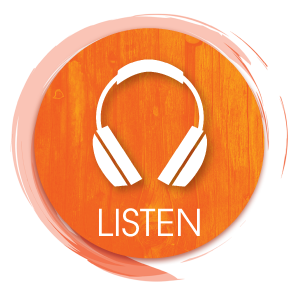 More famous for their theatrics, white-face makeup, and flamboyant black-on-black costumes than for their twenty-four albums, KISS captured the imaginations of millions of teenagers. Vending a commercially potent mix of hard rock and glossy ballads, KISS' brand of music fell flat with the critics, but ignited an entire generation of budding music fans. Onstage, the band often obscured its songs with pyrotechnics and dry-ice fog, but audiences loved every fire-breathing, blood-spitting minute of their shows. What some don't realize is that KISS' massive appeal as a touring band also translated to album sales, as the band ranks third behind the Rolling Stones and the Beatles for consecutive gold records, with twenty-three (which ties them with Rush).

KISS was the brainchild of Gene Simmons (born Chaim Witz in Haifa, Israel), a former elementary school teacher and bass player, and singer-guitarist Paul Stanley, who were bandmates in a Manhattan-based group called "Wicked Lester". The two recruited drummer Peter Criss (born Peter Crisscoula) through an ad in Rolling Stone magazine, and brought in guitarist Ace Frehley through a classified ad in the Village Voice. Simmons and Stanley had a concept for their new band right from the start, which was to perform in full theatrical regalia, including white pancake makeup with elaborate facial markings, platform boots, and outrageous black and silver getups. Fully costumed, each member of the band was in effect a cartoon character: Simmons was the Bat Lizard, Criss was the Cat, Frehley was the Spaceman, and Stanley was the Star Child. With this decision, KISS showed that while they may have been rock and rollers at heart, they were marketing geniuses first and foremost.

At their second show at the Hotel Diplomat, Manhattan, in 1973, Flipside producer Bill Aucoin offered the band a management contract, and within two weeks they were signed to Neil Bogart's recently established Casablanca Records. Their first three albums failed to attract much attention, but in the summer of 1975 their fortunes changed with the release of "Alive!", which spawned their first U.S. hit single, with the reissued live version of 'Rock And Roll All Nite' climbing to number 12 in November. The album became their first certified platinum record in the USA.

The appeal of KISS has always been based on their live shows: the garish greasepaint make-up, outrageous costumes and pyrotechnic stage effects, along with their hard-rocking anthems, combined to create what was billed as 'The Greatest Rock 'n' Roll Show On Earth'. In 1976, KISS released "Destroyer" under the direction of former Alice Cooper producer Bob Ezrin. Despite the band's hard rock style, the album's breakthrough track was the heavily orchestrated ballad "Beth," which featured drummer Peter Criss on vocals. The song went to No. 7 on the singles chart, virtually unheard-of territory for a hard-rock band, and could rightly be called the first power ballad. With the success of "Beth," Marvel Comics paid the band the ultimate tribute by publishing a KISS comic book. The red ink used in the illustrations purportedly contained a small amount of blood from the band members themselves, another stroke of marketing genius.

By 1977, KISS had topped the prestigious Gallup poll as the most popular act in the USA. They had become a marketing dream. KISS merchandise included make-up kits, masks, board games, pinball machines and a full-length science-fiction film, "Kiss Meet The Phantom Of The Park". The ranks of their fan club, the Kiss Army, had swollen to a six-figure number.

In September 1978, all four group members released solo albums on the same day, a feat never before envisaged, let alone matched. At the time, this represented the biggest shipment of albums from one 'unit' to record stores in the history of recorded music. The albums enjoyed varying degrees of success; Ace Frehley's record came out on top and included the U.S. Top 20 hit single, 'New York Groove'. Gene Simmons, whose album featured an impressive line-up of guests including Cher, Donna Summer, Bob Seger and Janis Ian, had a hit single in the UK with 'Radioactive', which reached number 41 in 1978.

Through the release of 1979's "Dynasty", KISS was a near-permanent fixture on the road and the band was still performing in full makeup. But by 1980, the dynasty had begun to come apart. Peter Criss left the band prior to the recording of "Unmasked", and was replaced for the sessions by future David Letterman Show drummer Anton Fig (he had played on Frehley's solo album). Criss was replaced permanently by Eric Carr in 1981. Surprisingly, guitarist Frehley left the band prior to 1982's embarrassing "Creatures of the Night" to form his own band, Frehley's Comet, and KISS' music suffered dramatically.

By 1983, the popularity of the band was waning and drastic measures were called for. The legendary make-up that had concealed their true identities for almost 10 years was removed on MTV in the USA. While fans were sympathetic to dermatological damage the cosmetics had caused over the years, part of the KISS magic was lost when they wiped their faces clean.

Vinnie Vincent, who had joined prior to "Lick It Up", left two years later, replaced by Mark St. John for "Animalize" (1984). St. John, in a sad twist, took ill with Reiter's syndrome, and in 1985, Bruce Kulick assumed the role and held it for a decade. Despite these adversities, the late-eighties saw KISS regaining its stature and enlisting a new army of fans. "Forever," from the 1989 album "Hot in the Shade", became the band's biggest single since "Beth." But there would be more tragedy in 1991, when drummer Eric Carr died of cancer at the age of forty-one, casting a shadow over the band's first album in three years, "Revenge". Despite this setback, Kiss contributed a hit cover version of Argent 's classic 'God Gave Rock 'N' Roll To You II', to the soundtrack of the film "Bill And Ted's Bogus Journey", and brought in replacement drummer Eric Singer (ex- Black Sabbath). A third live album, "Alive III", followed in 1993, and its success sparked another year-long tour.

By this time, KISS had started to take its legion of fans, its history, and its influence very seriously. Under the watchful eye of Gene Simmons, a tribute album titled "Kiss My Ass" was hatched in 1994, which featured covers of KISS songs by artists as diverse as Lenny Kravitz and Garth Brooks. Next came another brilliant marketing move: instead of letting others put on KISS fan conventions, the band created an entire convention tour, the centerpiece to which was an intimate live performance. For fans, it was a chance to see KISS play acoustically for the first time, and the band even took requests.

The outgrowth of these shows was a 1995 MTV Unplugged session (released on CD in March of 1996), which saw the band bring back original members Criss and Frehley for special guest appearances. The current KISS line-up had a new studio album, "Carnival of Souls", finished and set for release in 1996, but with the success of the Unplugged set, plans changed dramatically. The summer of 1996 saw a full-fledged KISS reunion tour become the season's hottest ticket, as Simmons, Stanley, Frehley, and Criss put the makeup back on and cranked up the fog machine.

So successful was the tour that Kulick and Singer were naturally somewhat annoyed and both quit. A year later "Psycho Circus" marked the return of the original line-up to the studio, and became the group's highest charting U.S. album when it debuted at number 3 in October. The four platform-shoe wearing, cosmetic-covered men who endured years of critical derision were not only back, they were hipper than ever.

In early 2000, KISS started what they called their Farewell Tour, with dates that had them booked well into 2001. With a history spanning three decades, KISS' impact on a generation of music fans remained enormous, but dissention among its members contiuned to marr their success. Ace Frehley announced that his departure from the band was permanent in 2003 and he was replaced by Tommy Thayer. Gene Simmons and Paul Stanley did not renew Peter Criss' contract when it expired in March 2004. He was replaced again by Eric Singer for the Rock The Nation tour, which was considered by insiders to be of only nominal success. The 58 dates grossed about 20.3 million, resulting in the cancelation of concerts in 2005. The group played just two shows in '05, only six in 2006 and four in 2007.

The band was back in the news in early '07 when a rumor spread across the internet that Ace Frehley had committed suicide by taking two dozen sleeping pills. Frehley quickly countered the rumor by stating "I don't know how this ridiculous rumor got started." He then continued to work on his new album, which was slated to hit store shelves in September '09.

In April 2007, tragedy struck Kiss again when former guitarist, Mark St. John, died from an apparent cerebral hemorrhage at the age of 51.

Gene Simmons, Paul Stanley, Tommy Thayer and Eric Singer soldiered on, hitting the road in 2009 for what they dubbed the Kiss Alive / 35 World Tour, which saw the group visit Canada, Europe, Australia and New Zealand. October 6th of the same year brought the release of "Sonic Boom", the band's 19th studio album and the first in 11 years. The CD debuted at #2 on the Billboard Hot 200, selling 108,000 copies in its first week of release. It also went to #1 on Billboard's Top Rock Albums, Independent Albums and Hard Rock albums and #5 on the Top European Albums Chart. Kiss was nominated for induction into the Rock and Roll Hall of Fame, ten years after becoming eligible. However, on December 15th, 2009, it was announced that they would not be included. That same year, Ace Frehley's solo album, "Anomaly" managed to climb to #27 on the Billboard 200 chart.

Kiss kicked off the European leg of the Sonic Boom Over Europe Tour in May 2010. Sadly, their former manager Bill Aucoin died of cancer on June 28, 2010 at the age of 66. Later that year, the band played numerous shows throughout the US, Canada and Mexico.

The band continued to tour throughout Canada and the United States and on April 13th, 2011, Kiss began recording a new album called "Monster", but its release has been delayed several times and is now slated for Spring, 2012. A supporting tour is also in the works. In March of 2012, Gene Simmons spoke out about the Rock And Roll Hall Of Fame's decision to omit his legendary band once again, branding the snub a "joke."

July of that same year brought news of a guitar size book entitled Monster that features unseen photographs from Kiss' 40-year career. Only 1,000 copies were to made available at a cost of $4,299 each. A statement from the band said "Some of the close-up photographs are, quite literally, larger than life! This is the closest any fan could ever get to their heroes without an access-all-areas pass."

Kiss was finally elected to The Rock And Roll Hall Of Fame in 2014, however any hope of seeing the original members perform 'live' again were dashed when Paul Stanley and Gene Simmons revealed that they could not find a way to work together. Stanley said that he was unimpressed with the band's induction because he believes Hall of Fame executives voted the rockers in "begrudgingly". In late March, Kiss announced that it had signed a new marketing deal with Epic Rights, a year-old company that does brand management and arranges licensing deals. Meanwhile, Ace Frehley was busy preparing his first new album in five years, "Space Invader". When it was issued in mid-August, it shot to #9 on the Billboard 200 and became the highest charting solo album by any Kiss member. In late January, 2016, Frehley announced a eleven date tour starting in February in Houston, Texas and winding up in New York City in mid-April in support of his latest album, "Origins Vol. 1", which would include a contribution from his former band mate Paul Stanley. 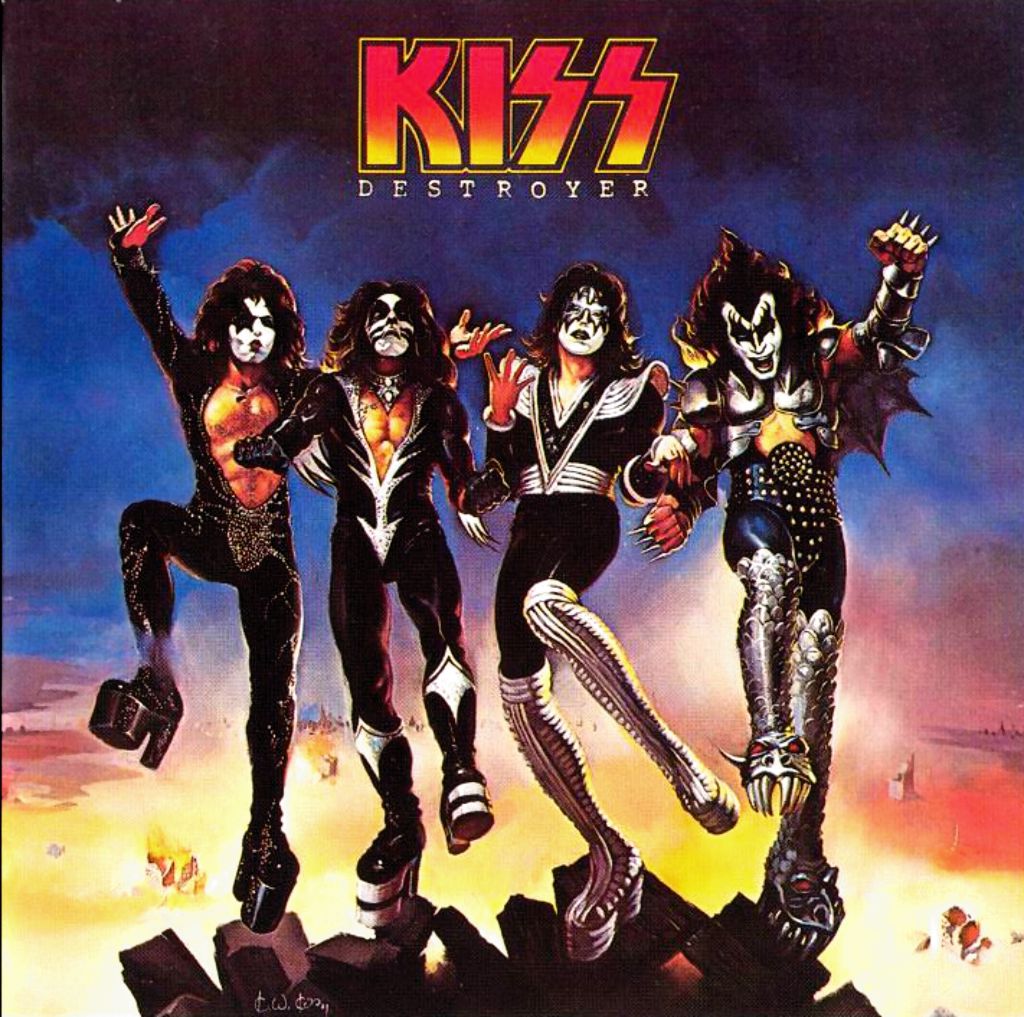 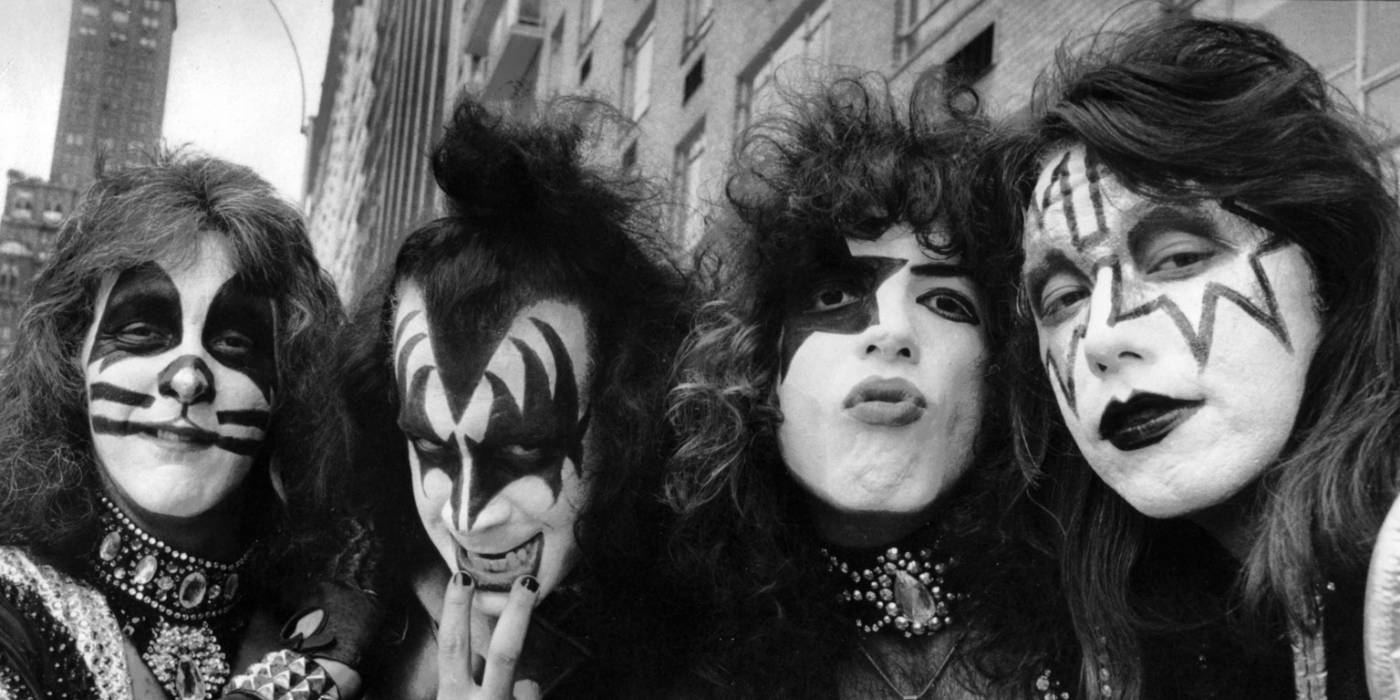